It’s been the wettest August in a decade and the creeks in the Flinders Ranges have been running consistently now for well over 6 weeks. This really is unusual for an area that straddles Goyders Line, where rainfall is generally around the old 10″ mark, making it marginal land for cropping. The Flinders is often a dry rugged area, however on this trip north the landscape was just a sea of green and yellow, with crops of wheat, peas and canola with  surface water along the side of the roads. 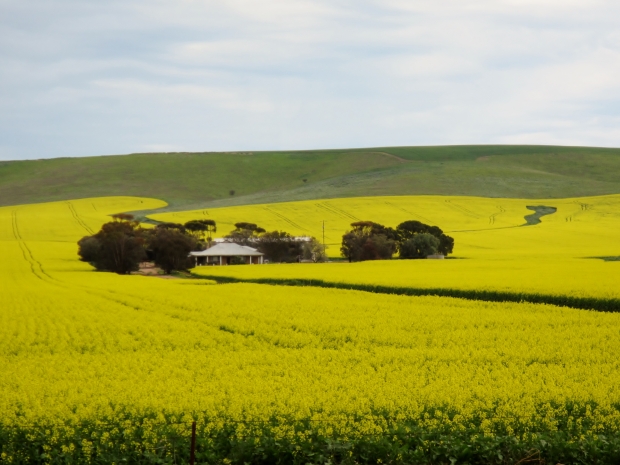 Simon had decided that the mountain bike trails around Melrose would be an ideal location for a weekend away and the ride to Goat Rock was our main destination. The trail starts at the end of the Spring Creek Mine road and is a gentle track (12 km return) that follows the edge of Spring Creek  to the waterfall at Goat Rock, our lunch stop for the day. We would then ride back on the same track with a nice downhill incline all the way. Yep. Sounded great and the weather cooperated with the sun breaking through light clouds.  So off we rode the magnificent six (Simon , Kym, Max- the kid, Robyn , Michael and me (Ian), out for a easy ride complete with picnic lunch. It was going to be such an easy ride that Simon had volunteered to tow a  BOB Trailer with supplies for the BBQ lunch. 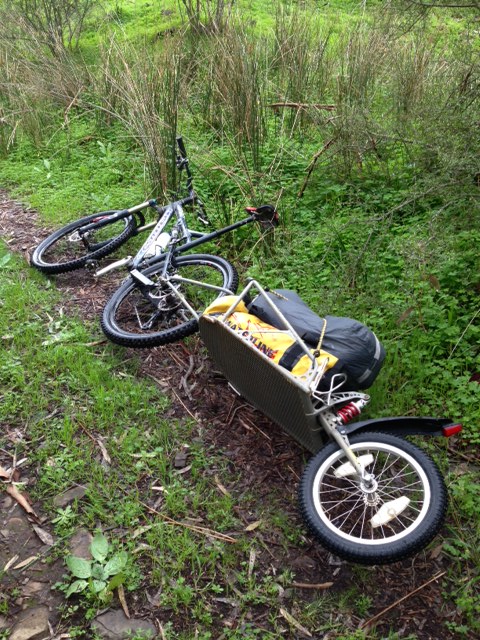 The BOB trailer loaded with lots of picnic goodies 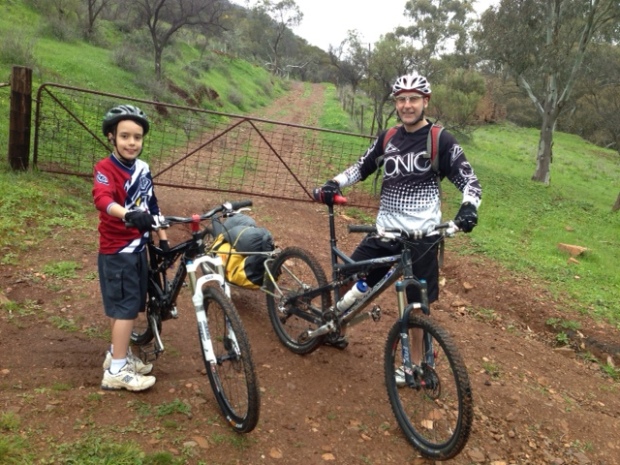 Simon and Max- the kid. Ready to get their feet wet. 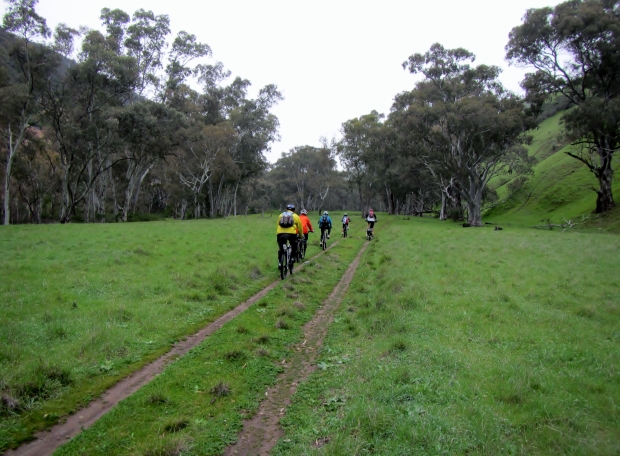 Magnificent Six on the track

Only one problem we hadn’t really expected was that Spring Creek was still flowing from recent rains and we would have a few creek crossings. Well actually 36 crossings in 12 km of riding. None were easy. Some were deep, some shallow but all were rocky . Some crossings were shallow. 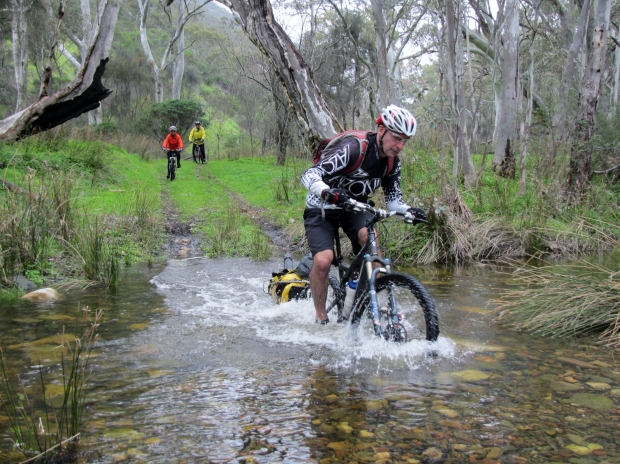 Simon on a roll 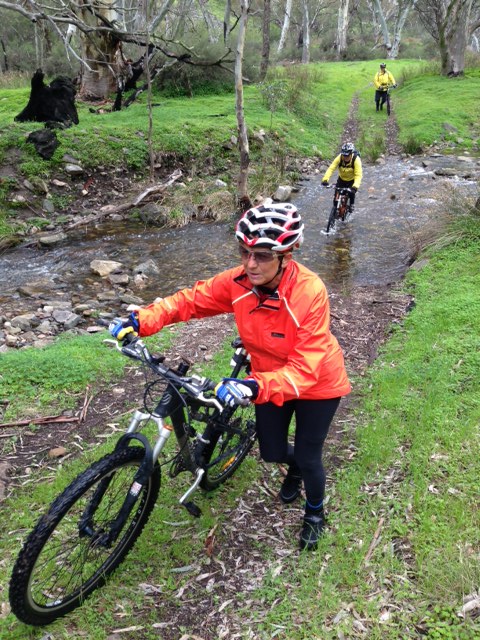 Some creek crossings were shallow with only small rocks

Some crossings were deeper. 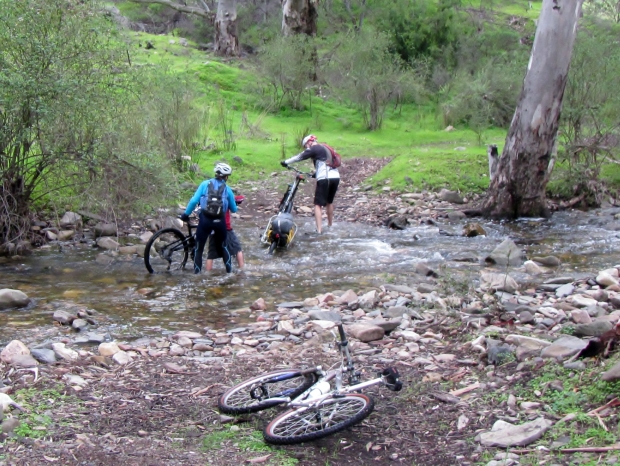 Some crossings were narrow but deep. Certainly unridable 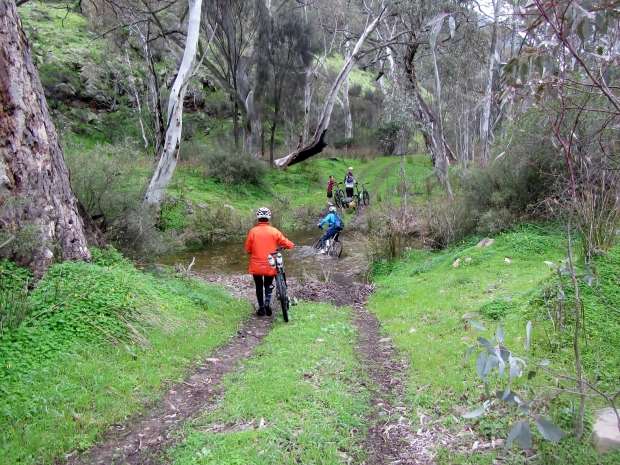 Sometimes riders made it. 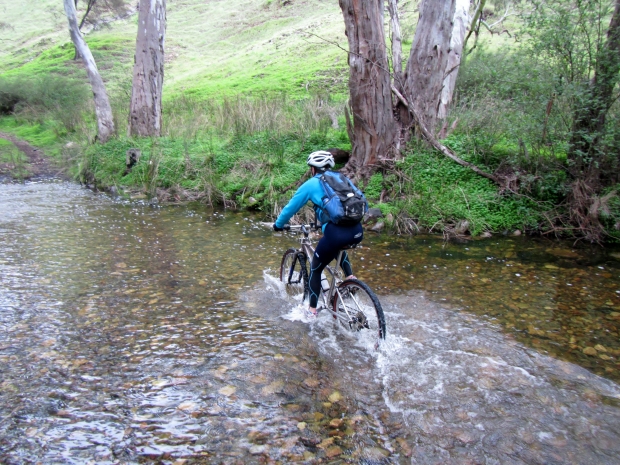 Some crossings were not so shallow 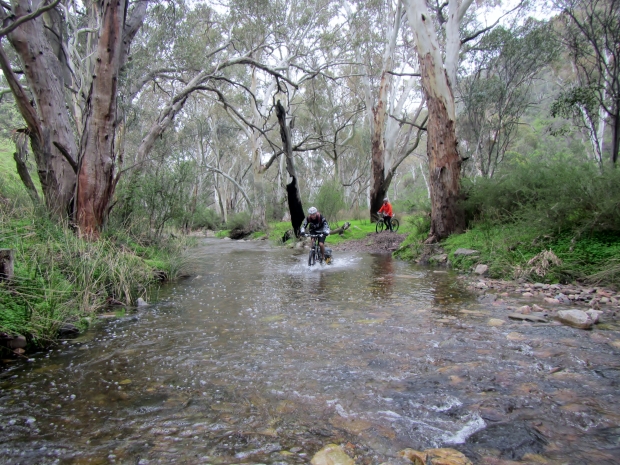 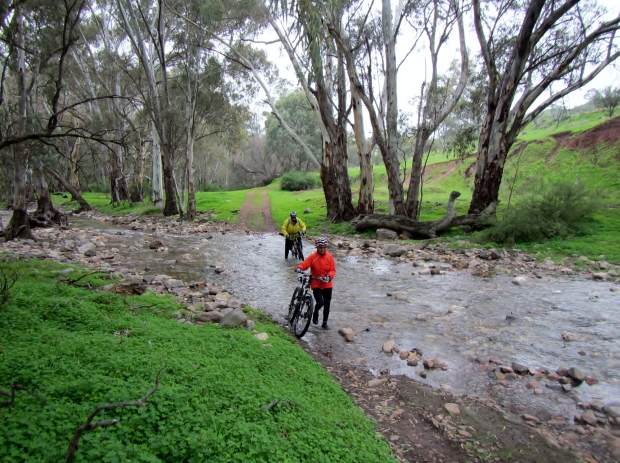 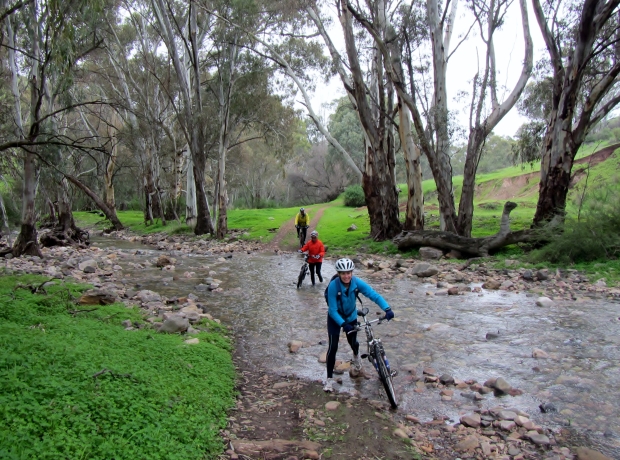 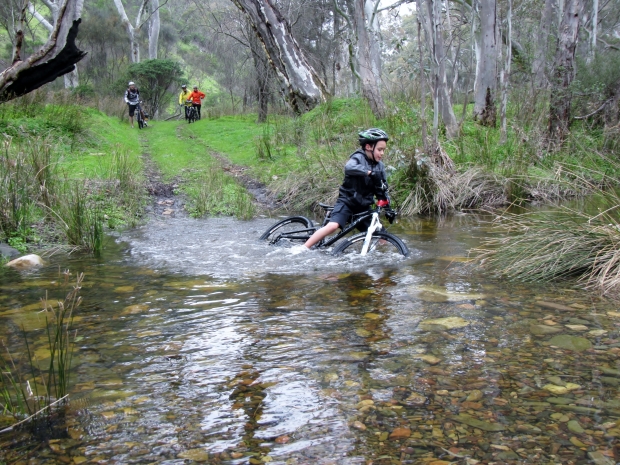 Well not all the crossings were easy.

But the Goat rock Track is worth the wet feet just for the scenery. 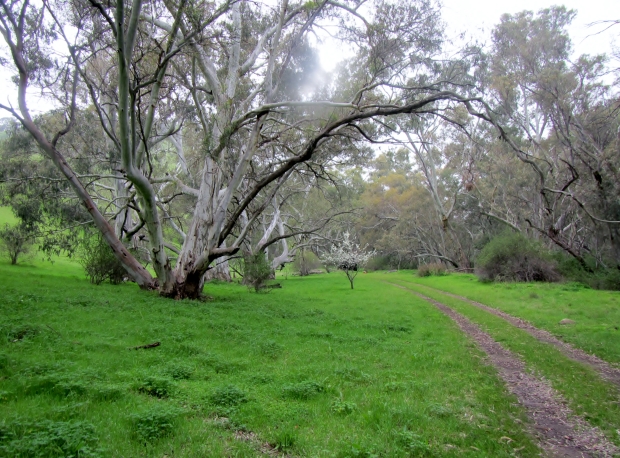 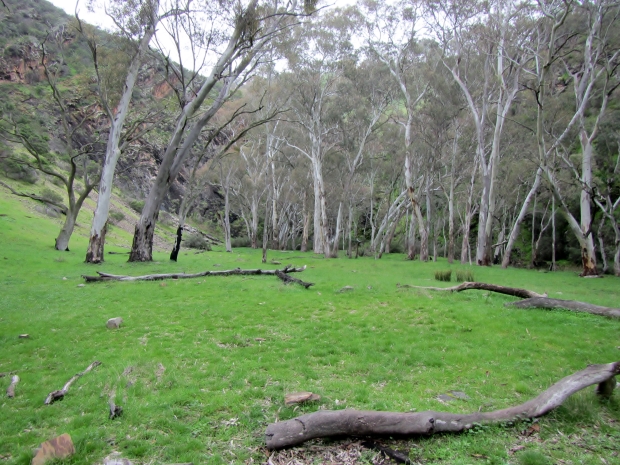 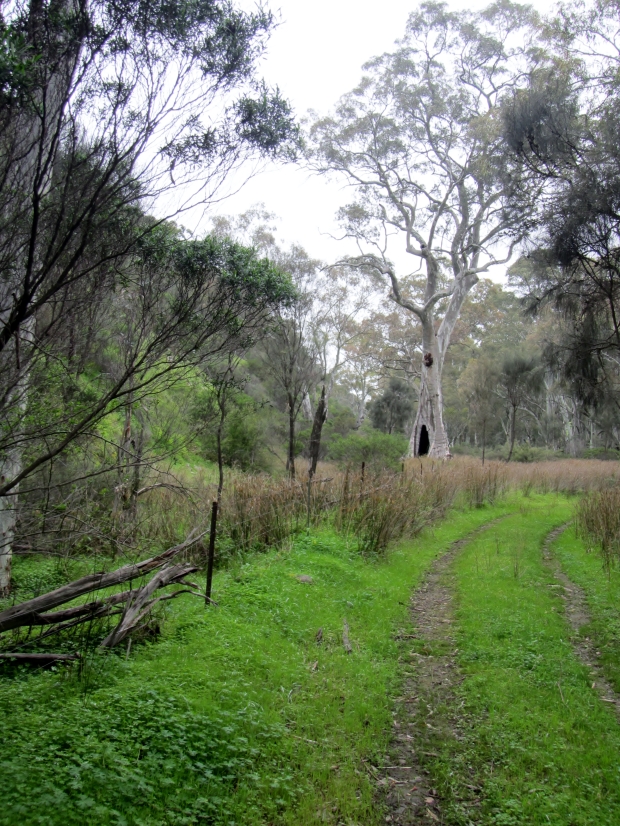 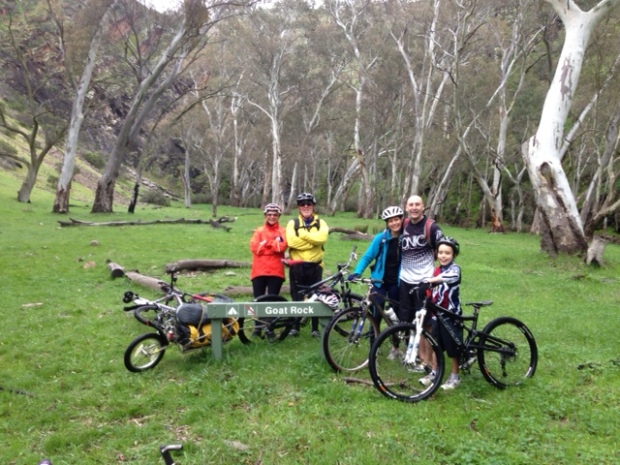 And the Goat Rock waterfall. 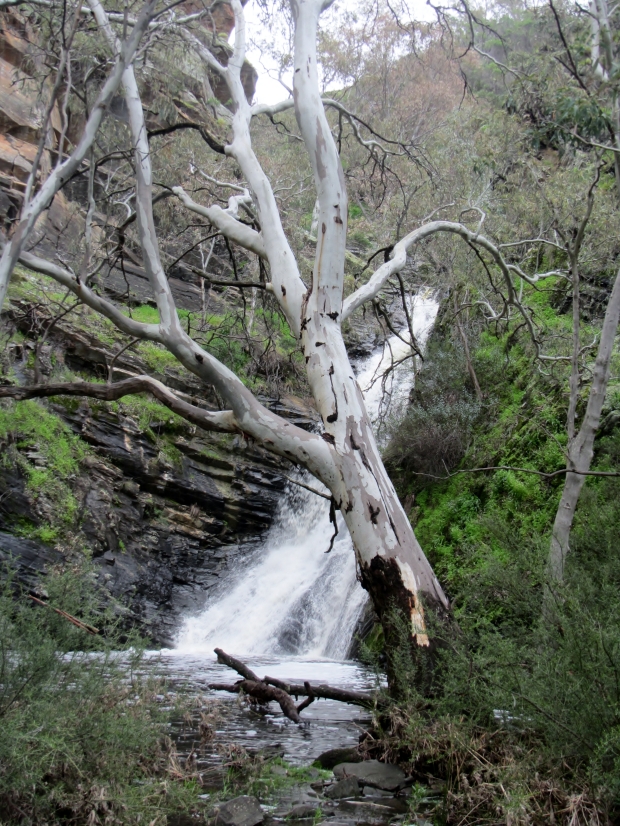 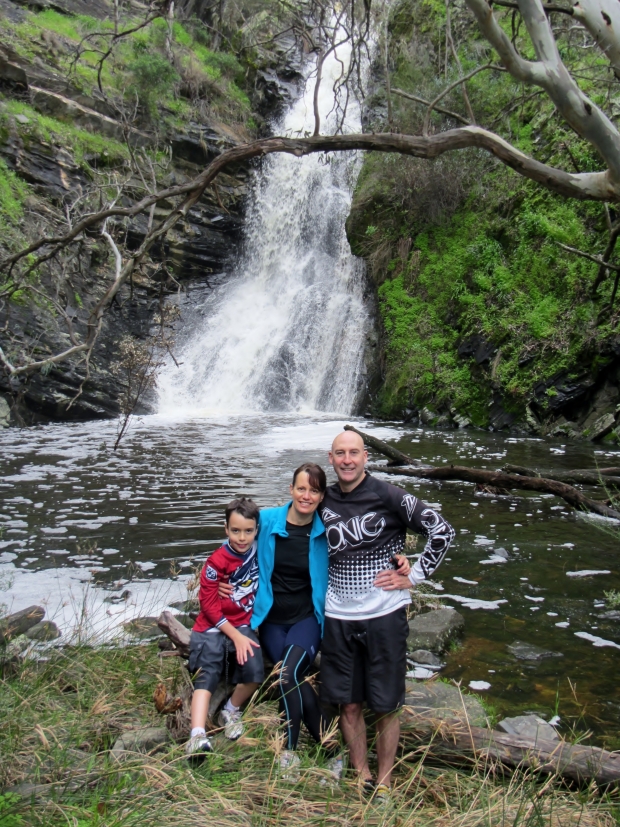 And here’s a short video to show you a little more of the fun. Make the quality settings at least 360 for better pictures.

One thought on “Riding the Goat”